Jump to Latest
91Underwood
Motor Trend released a new article about their first ride in the EQG.

Look out, Jeep. Move over, Land Rover. This electric-powered G-Class is being engineered to be the world’s most capable off-road vehicle.

More To It
At speed, though, while driving in High range on a mock rally stage, the EQG felt surprisingly agile, rotating nicely into corners and oversteering mildly when Schossau went to power, the computers monitoring the yaw rate, the steering angle, and the accelerator position to figure out how far to let things go. Acceleration on straights pushed us back into the seats in typical big-horsepower EV fashion. "Our goal was to make it easy to have fun in the car," Schossau says.

Mercedes has not revealed any power or torque outputs, nor would Schossau say how big the battery is or how far the EQG will travel between charges. However, he does say the EQG's on-road performance will be "incredible," a hint it will outperform the 577-hp, 627-lb-ft G63, which thunders from 0-60 mph in 3.9 seconds and nails the quarter-mile in 12.9 seconds at 109.9 mph.

It's fair to suggest, however, the brick-shaped 2025 Mercedes EQG will not be an EV hypermiler. "Capability is more important than range," Schossau says. For the record, we began our three-hour off-road session with the battery's state of charge at 73 percent, and a predicted 134 miles of range. We finished with the battery at 61 percent and 100 miles of range.

Yes, the 2025 Mercedes EQG is still two years away from completion, with lots more software and hardware to tune, but even in its present stage of development, none of today's internal combustion engine hardcore off-roaders—Jeep Wrangler, Land Rover Defender, Toyota LandCruiser, and even the non-AMG versions of the G-Class available in Europe—can match its effortless precision and controllability in extreme terrain.

That's why Mercedes-Benz G boss Schiller says the EQG will set a new benchmark for off-road performance. Based on what we just experienced, it's difficult to disagree.

Joined May 24, 2019
·
275 Posts
I love that MB didn't compromise capability for range. At +150 miles of range, it should be more than enough for most owners. Hopefully the 4x4 squared version still has decent range. 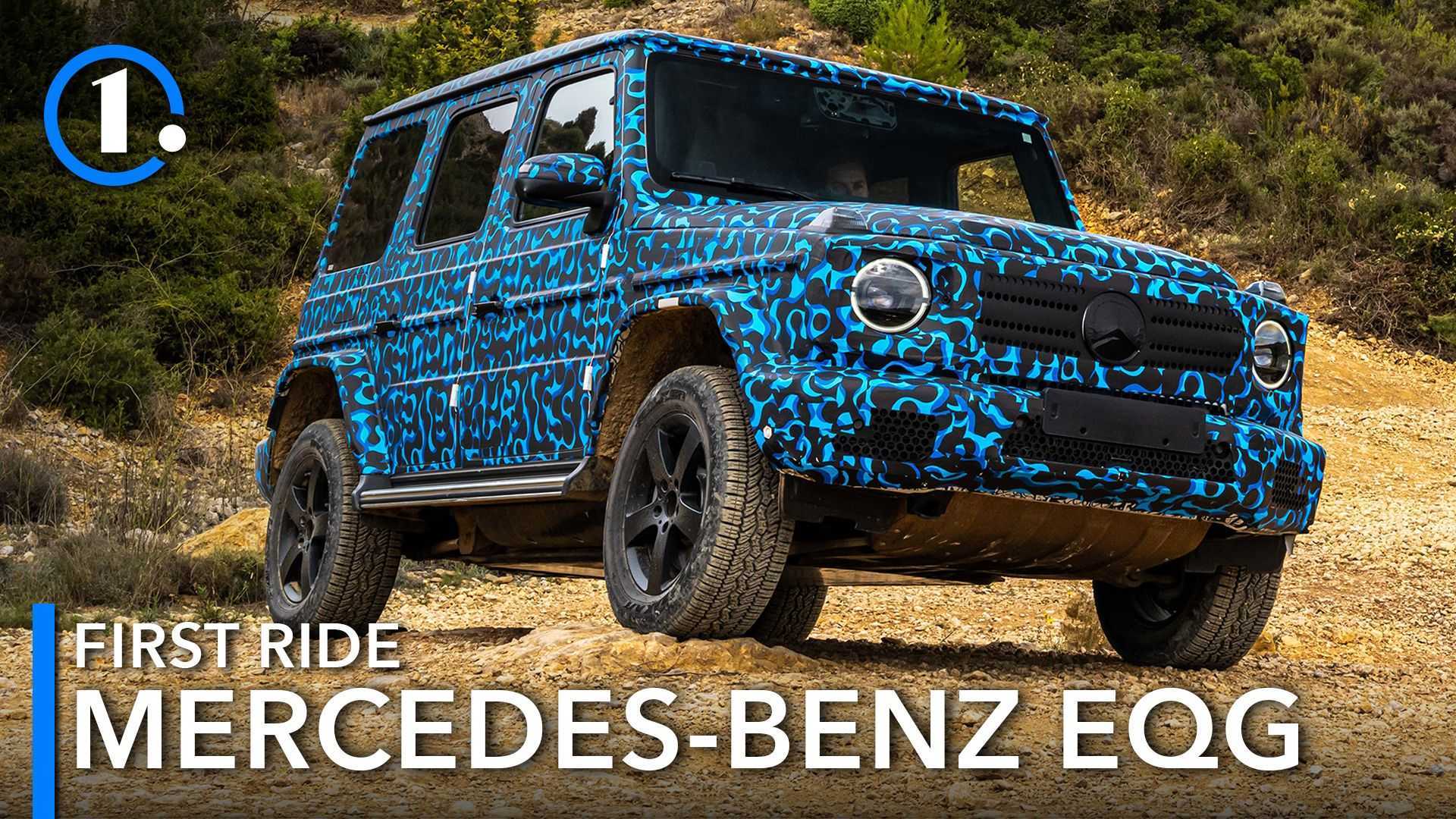 An EV that treads quietly and capably off-road, we ride alongside Mercedes-Benz engineers as they test the forthcoming EQG prior to its 2024 introduction.

www.motor1.com
Verdict:
What’s undeniable as the EQG silently, effortlessly, clambers, climbs, and descends terrain which on foot would require ropes, is that it has as much (or arguably more) off-road ability as its combustion relations. The tranquility of the silent operation is more in keeping with the remote beauty of the landscape we’re driving it over. Interestingly, too, after a lengthy afternoon session of off-road driving it’s used only around seven to eight percent of its charge, thanks to recuperation on the steep descents.

Few owners, if any, will ever test the EQG so aggressively, but that’s no different than the supercars that circulate upmarket ZIP codes rather than race tracks. This early access to the EQG prototype confirmed little exact technical detail, but was nevertheless a hugely revealing experience. With two more years of development and finessing, the production ready EQG promises to be very special indeed, and as our ride has demonstrated, a proper G-Wagen.
1 - 3 of 3 Posts
About this Article
0 likes
2 Replies
Written By: