Jump to Latest
91Underwood
Mercedes has struck a deal with Canada to secure access to lithium, nickel, and cobalt. I wonder if this means that future Mercedes models could be eligible for the new Federal Tax Credit. 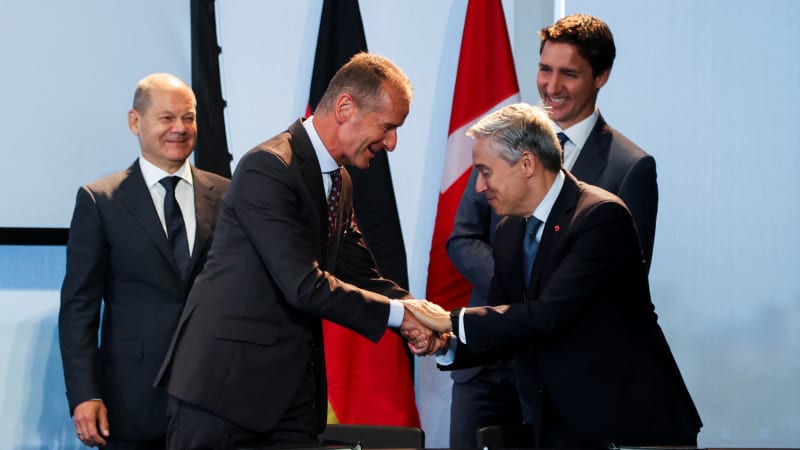 VW, Mercedes-Benz team up with Canada in battery materials push

VW's U.S. plant in Chattanooga aims to build 90,000 electric vehicles next year. The new ID4 is expected to qualify this year for the full $7,500 U.S. tax credit under the new Inflation Reduction Act.

The move comes as automakers roll out their electric-vehicle expansion strategies globally in a bid to challenge sector leader Tesla. These strategies depend on sufficient supplies of vital battery materials.

No financial details were disclosed for the memorandum of understanding (MoU) agreements, which were signed in Canada during a visit by German Chancellor Olaf Scholz and a delegation of German corporate representatives.

"The supply of battery raw materials and the production of precursor and cathode materials with a low carbon footprint will allow for a fast and sustainable ramp-up of battery capacity — a key lever for our growth strategy in North America," outgoing Volkswagen Chief Executive Herbert Diess said.

Volkswagen aims to build, with partners, six large battery cell factories in Europe by 2030 with a capacity of around 240 gigawatt-hours, as well as a dedicated factory in North America for which it is currently examining potential sites.

At a media briefing Tuesday, Schmall said the company aims to announce the North American plant location and potential mining and refining partners by the end of the year.

"Everything in our planned rollout of electric vehicles depends on the supply of batteries," Schmall said.

Pablo Di Si, incoming president and CEO of VW Group of America, said the automaker's U.S. plant in Chattanooga, Tennessee, aims to build 90,000 electric vehicles next year, adding that the new ID4 is expected to qualify this year for the full $7,500 U.S. tax credit under the new Inflation Reduction Act.

Mercedes-Benz, meantime, is preparing to go fully electric by the end of the decade wherever market conditions allow, and has recently struck a deal with China's CATL to ensure battery cell supply in Europe.

As part of the MoU, Mercedes-Benz will explore a strategic partnership with Rock Tech Lithium under which the Canadian firm would supply the German carmaker and its battery partners with up to 10,000 tonnes of lithium hydroxide a year from 2026.

Volkswagen has said it could become a shareholder in local mining firms to make sure it is first in line when it comes to supply.