Jump to Latest
91Underwood
Mercedes Chairman Ola Källenius says the electric G-Class SUV is on track to launch in mid 2024. 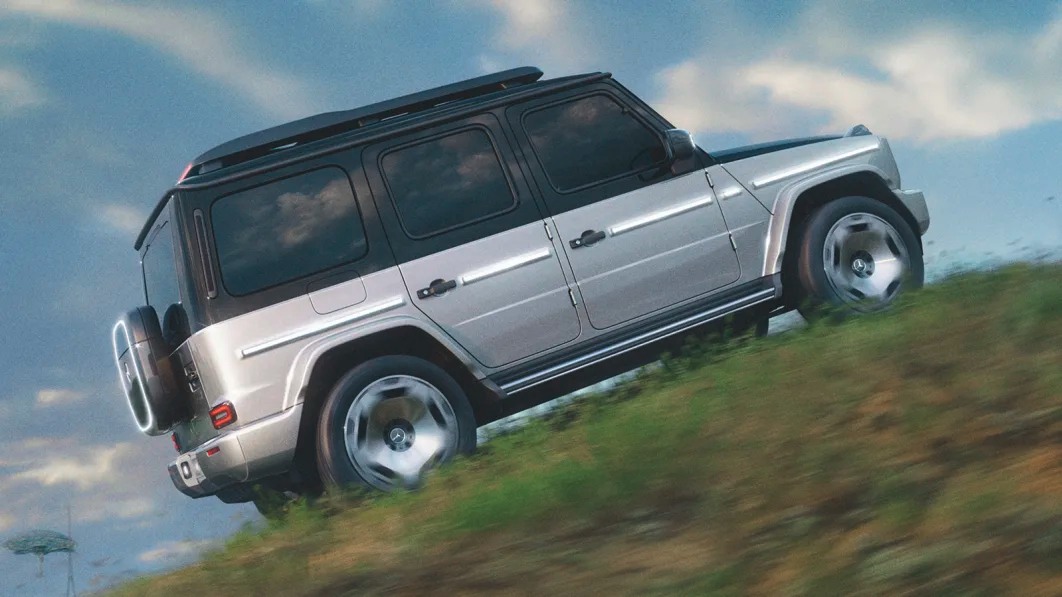 Mercedes-Benz has finally offered a suggested production timeline for its battery-electric G-Class.

Arnold Schwarzenegger’s wishes will come true, and soon. Mercedes Chairman Ola Källenius stated in a media roundtable today that an electric G-Class will launch in mid to late 2024. And from Källenius’ description, it sounds like a blast to drive.

Källenius said he went for a drive in a prototype late last fall, and it was probably the most fun he had all year. He sampled it at Mercedes’ testing facility in Graz, Austria, where the internal combustion G-Class is traditionally put through its paces, testing angles, wading depths, etc. The drive had him convinced: “From now on, going off-road is electric.”

It’s a change of track from a few years ago, when the fate of the G Class was in the air. "In the past, there were discussions whether we should eliminate the model. The way I see things now, I'd say the last Mercedes to be built will be a G-Class," Källenius said in a speech in 2019. But as Mercedes goes all-electric by 2030, ditching the internal combustion engine is a prerequisite to the G-Class’ survival. We don’t know yet if the G will follow the naming structure of Mercedes’ other electric models, which would likely make it the EQG.

When initially asked about timing, Källenius first stated that the electric off-roader would be “coming to a theater near you soon.” That might have simply been a figure of speech, but we wouldn’t be surprised if the electric G Wagen did make a debut appearance in some action or spy movie. Schwarzenegger would approve.