Jump to Latest
91Underwood
The EQS SUV is going to have a feature that will allow the front passenger watch videos while the SUV is moving. To avoid distracting the driver passengers will have to wear headphones.

Would you use a feature like this? I'm not against it unless the person sitting next to me becomes a distraction. 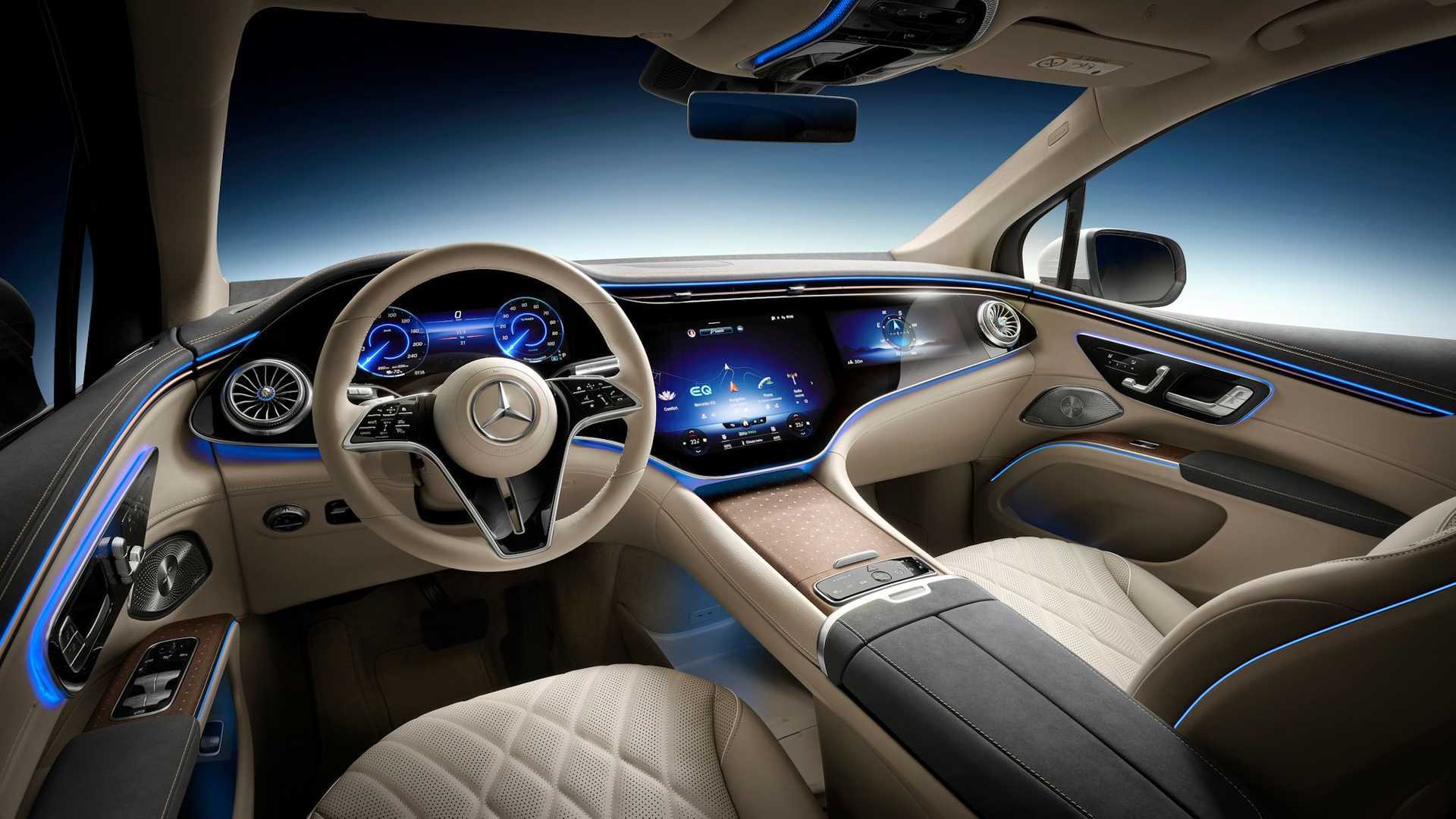 One day automakers will have to figure out what people will do in cars when autonomous vehicles take over. That’s years away from happening, but the first steps toward expanding in-car entertainment are already here, and Mercedes is joining that push with the new EQS SUV.

The new all-electric model, the third to ride on the company’s dedicated EV architecture, will feature the massive, 56-inch MBUX Hyperscreen. The 12.3-inch OLED display in front of the passenger will stream video while the SUV is moving. Passengers will have to wear headphones to avoid distracting the driver, but Mercedes will also employ a second safeguard to guarantee the driver is paying attention.The car will dim the passenger screen if it catches the driver trying to look at it, using the driver monitoring system to track their eyes.

This is a first for Mercedes, but not the industry. Jeep also allows passengers to watch videos while moving in the Grand Wagoneer and Grand Cherokee. Mercedes could expand this capability to other models, like the EQS sedan, which has the same technology; however, Mercedes has not confirmed this.

The EQS SUV will offer optional third-row seating that Mercedes says is more comfortable than the third-row seats in the GLE. The brand’s EV architecture allows Mercedes to craft an SUV with generous interior dimensions, which benefits passengers and cargo. The EQS SUV will swallow up to four golf bags, according to the company.

We already have interior photos, leaving Mercedes to reveal the exterior design and the powertrain specs, which will happen on April 19. The SUV likely shares the powertrains that Mercedes offers in the EQS sedan, and that should include a high-powered AMG variant of the SUV, too.