Mercedes T-Class Will Debut On April 26

Jump to Latest
91Underwood
Mercedes has announced that the T-Class van will make its debut on April 26 at 8:00 a.m. EDT. They also shared a teaser photo of the van. 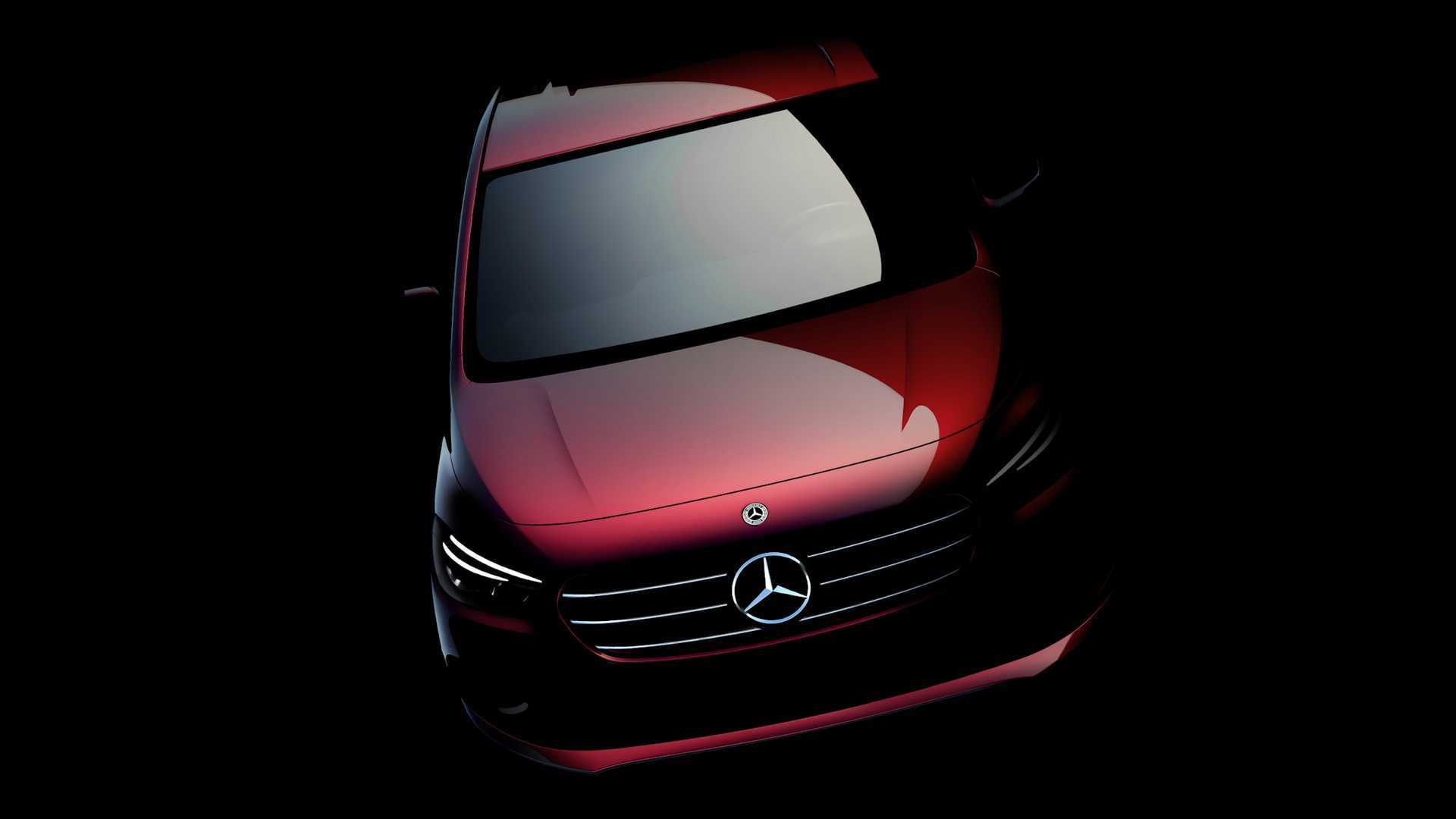 Mercedes-Benz will launch the all-new T-Class model on April 29, expanding its portfolio of models that will include the all-electric EQT variant.

The new T-Class will join the Citan already in the Mercedes lineup, which got a big redesign for the 2022 model year. The Citan is a joint effort between Daimler and Renault, with the Citan sharing a lot of bits with the Renault Kangaroo. However, Mercedes positions the Citan as a commercial vehicle even though it’s also available as a passenger van.

Mercedes is taking a different approach with the new T-Class, positioning the van as a “premium small van for active lifestyles.” What that means or how Mercedes will differentiate the two waits to be seen. Mercedes’ says the new T-Class will “offer a variable interior,” which suggests some configurability beyond folding down or removing the seats. It’ll come packed with technology and safety tech, too. If the Concept EQT was any indication, the new van will be a nice place to spend time.

Powertrain details remain anyone’s guess, but Mercedes should offer it with a range of gasoline and diesel engines, and possibly hybrids, too. It’s unclear whether Mercedes will reveal the entire T-Class range next month. It could reveal some of the variants, holding the all-electric EQT back for a dedicated event at a later time. We’ll know when Mercedes reveals the new T-Class on Tuesday, April 26 at 2:00 p.m. CEST (8:00 a.m. EDT).